Lisa Cellini has announced she is running for Horsham Council.

Who is Lisa Cellini?

Lisa is a twenty-year resident of Horsham, a master's prepared public health nurse and a clean water advocate. In addition, she is a small business owner and the mother of three children.

In her own words:

After many years of hospital work I worked at the Montgomery County Health Department (MCHD) for five years when it was first formed in the early 90’s. I was Director of Nursing and Clinical Services and oversaw  a staff of 30, ran two health centers, one in Pottstown and one in Norristown and managed a budget of about one million dollars

I am a Clean Water Advocate and helped to form BuxMont Coalition for Safer Water a group of concerned, relentlessly dedicated people trying to make sure we have clean drinking water.

I am the owner and operator of an art gallery in Ambler and enjoy bringing arts and culture into the area. My Husband Carl, owns and runs two successful businesses in Ambler, a computer hardware and service business and a school of martial arts.

I am the Mother of three children, two of which attended HH schools K – 12. They are now at PSU. One is in graduate school and the other is a junior. Our daughter, who is much older, was raised mostly in Springfield Montgomery County and is the mother of three active boys."

Why is Lisa running?

Lisa is running for Horsham Council because: 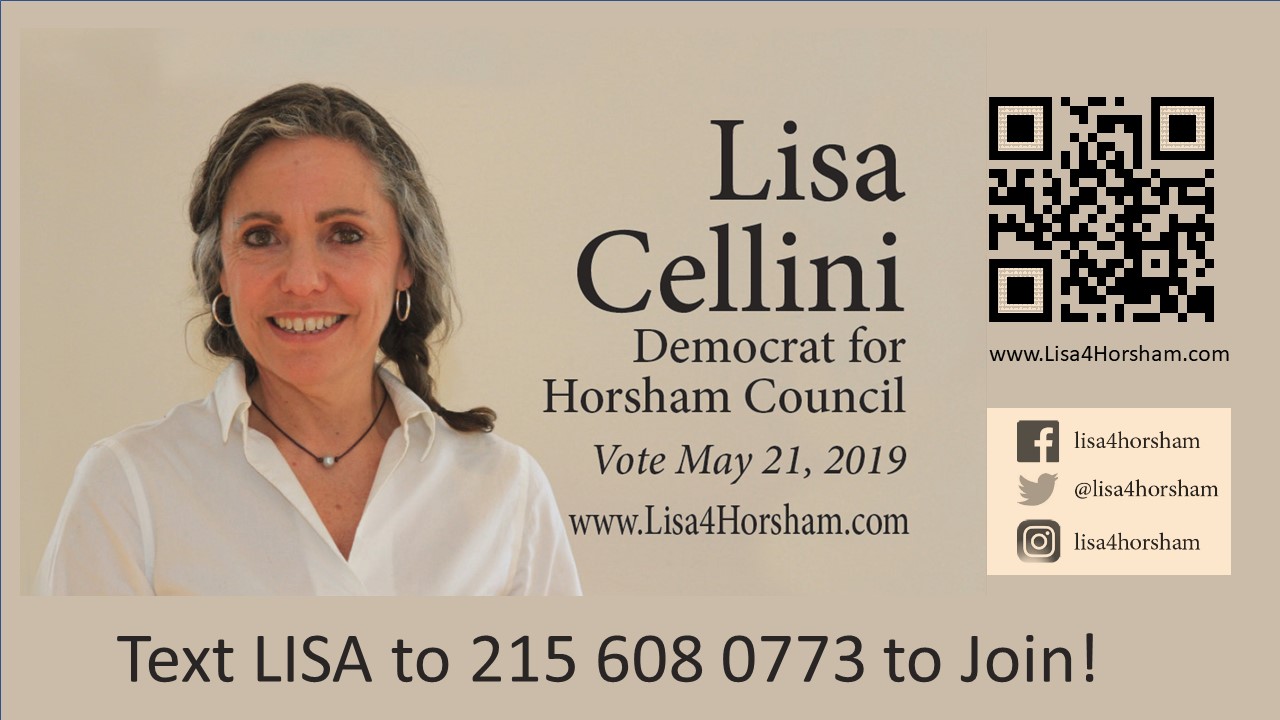 How do I learn more about Lisa and how to support her in her run for council?